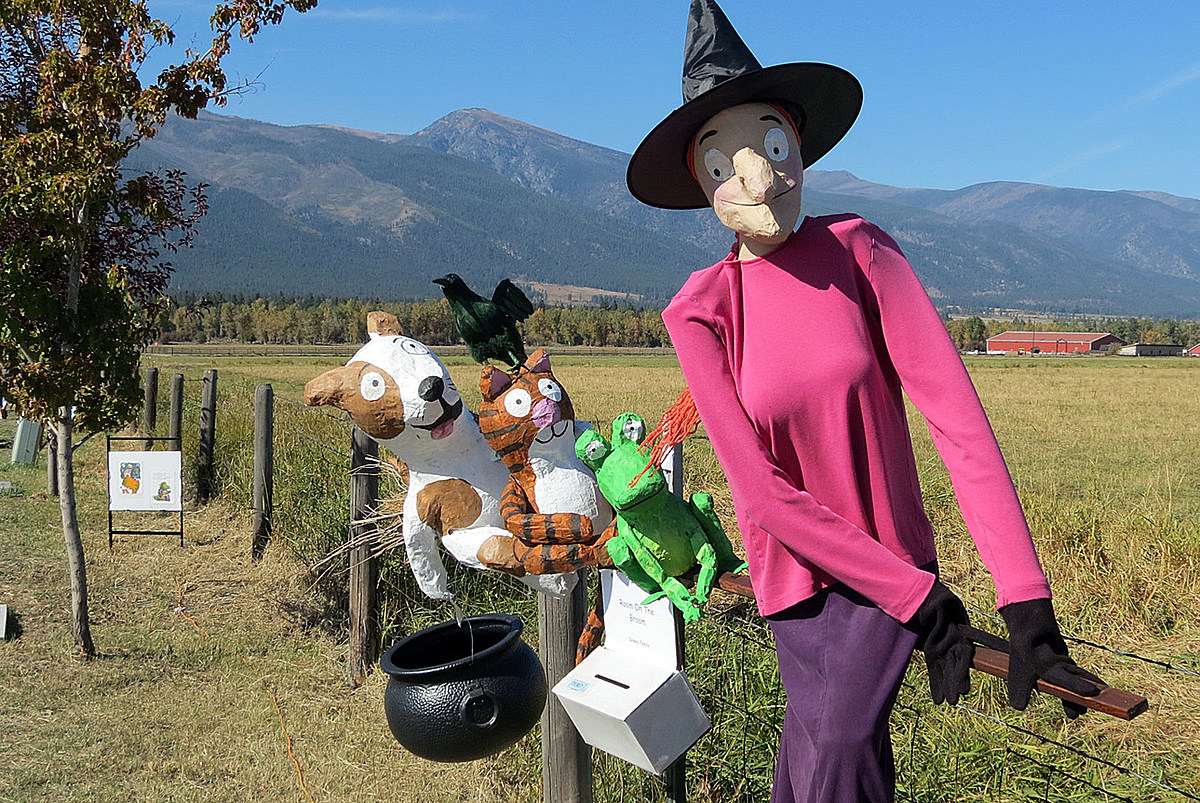 Depending on the weather, there are tons of scarecrows on the bike path and along Main Street in Stevensville all week long. The 2021 Scarecrow Festival opened for public viewing on Friday October 1, and the audience voted on their favorites in the creative group on both Friday and Saturday.

The winners were announced on Sunday. In the groups and non-profit category, the overcrowded broomstick, controlled by a funny witch with too many passengers, won. The Dewey family should be proud of their creation, Room on the broom. In second place was Jesus loves the little children by the Bowles and Euker families. Third place went hungry to the wheelbarrow-pushing bear scarecrow of the Friday Women Hikers. Don’t feed the bears.

In the business area and along Stevensville’s Main Street, these winners were listed:

The weekend included a straw bale maze for kids, pumpkin carving, live music and a food court on Friday and Saturday and Saturday, horse-drawn carriage rides and a brew party later in the afternoon with more live music. The annual Stevensville Scarecrow Festival entries are kept for viewing all week, but that depends on the weather.

The scariest children’s films in history