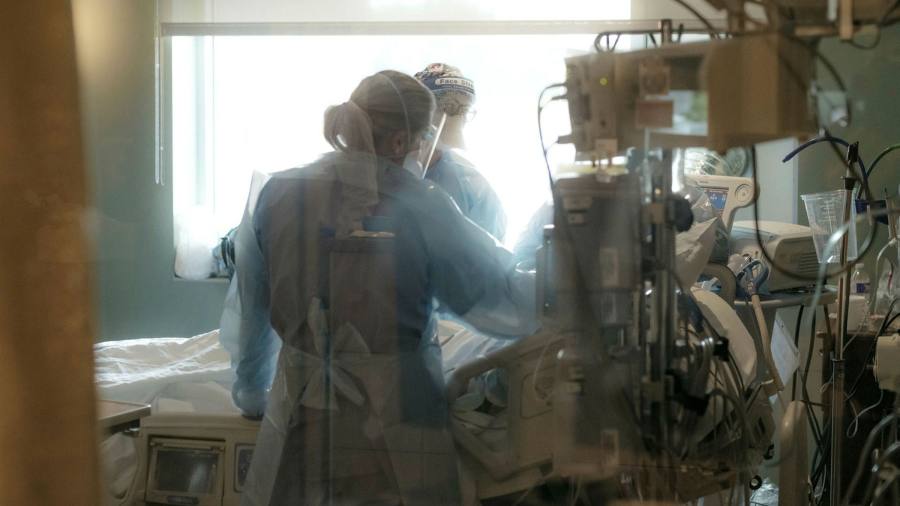 The number of Covid-19 hospital admissions in the US fell below 50,000 for the first time in three months, another sign that the country is getting its latest wave of pandemics under control.

According to an analysis by the Financial Times published by the U.S. Department of Health on Friday, 49,710 patients have been treated for Covid-19 in U.S. hospitals.

This is the first time since July 30 that hospital admissions have been below 50,000. This is a decrease of more than half since a level of over 103,000 was reached between the end of August and the beginning of September in the wake of the Covid-19 summer wave powered by the Delta variant.

There are only a few days left to the end of October that the US may be in better shape than it was twelve months ago. At that time last year, as coronavirus cases rose in the Midwest – which heralded the deadly winter wave – hospital admissions had hovered around 53,000.

More than 419 million vaccine doses have been administered in the US since it began launch in December 2020, according to data from the Centers for Disease Control and Prevention on Friday. Almost 58 percent of the US population is fully vaccinated.

The US reported an average of nearly 68,200 new Covid-19 cases per day over the past week, according to CDC data. That is about 58 percent less than the summer high of more than 161,900 per day in early September and compared to about 78,200 at the end of October last year.

Last week there was an average of 1,086 deaths per day in the US, down from a summer high of 1,857 per day in mid-September. In late October last year, the daily deaths approached 900.

This winter, reduce your risk of an electrical fire