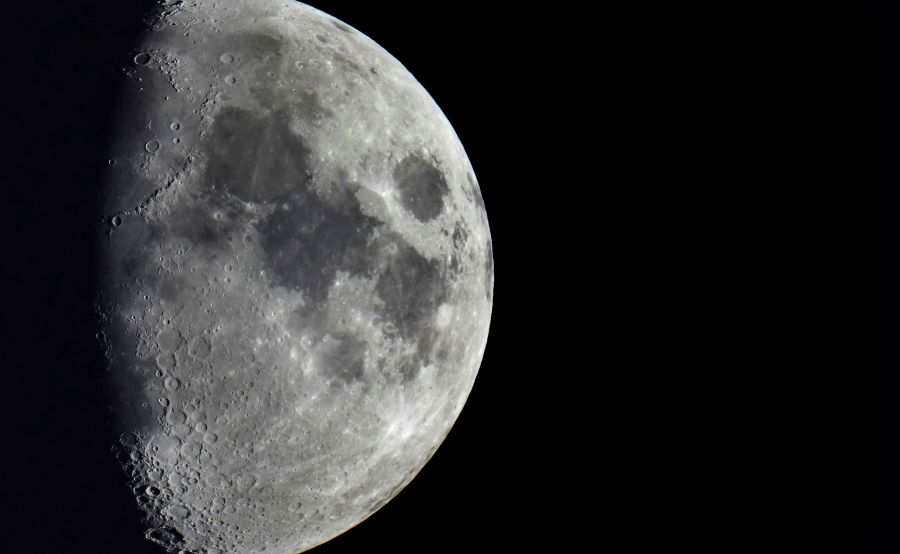 Man-made debris is also piling up on the moon

Tomorrow, a crater on the far side of the moon could be the scene of an explosion if part of a rocket slams into the lunar surface.

If space experts are correct, the rocket segment is from a Chinese lunar mission, Chang’e 5-T1, which has been orbiting the solar system since 2014.

Like previous Chinese missions, the Chang’e spacecraft is named after a mythical goddess. According to Chinese folklore, the goddess Chang’e lives on the moon with her companion, a large jade rabbit.

The goddess of folklore may be feeling lonely as traffic to the moon has been sparse in recent years, but she and her rabbit companion have no shortage of space junk strewn across the lunar surface.

The first human object fell on the moon in 1959.

The moon became the favorite target of the Soviet Union and the United States when the space race began in the 1950s. Dozens of missions have been launched by both nations for scientific and national prestige purposes.

The first human-origin object on the lunar surface was the Soviet Luna 2 mission in 1959. Thirteen other Soviet Luna missions hit the moon until a successful “soft” landing in 1966. The same period was among the United States lunar missions the Ranger and Surveyor series, which also achieved a controlled landing on the moon in 1966.

When the US space flight Apollo 11 landed on the moon at Tranquility Base in July 1969, dozens of Soviet and US spacecraft were already scattered across the lunar surface. Missions from both nations had provided valuable science and imagery to map the moon — including the other side hidden from Earth’s view.

Each of the six US Apollo missions left significant amounts of debris in their wake. More than a dozen scientific instruments have been left on the moon, including a seismometer, to determine if “moonquakes” exist. Other instruments measured the moon’s magnetic field and lunar atmosphere.

Only the Lunar Laser Ranging experiment is still working. Scientists on Earth bounce lasers off the device, which tells us that the moon rotates away from Earth at a rate of 3.78 cm (1.48 inches) each year.

Each Apollo mission left a major descent stage and more. The astronauts offloaded equipment like geology hammers, experiments, and even bags of human excrement to make room for the lunar rocks that each mission brought with them.

Many astronauts also left behind personal items, including family photos. There are three golf balls that Alan Shepard hit during the Apollo 14 mission.

‘I own an object from another celestial body.’

If you fancy a trip on the moon, there’s a selection of vehicles waiting to be dusted – lunar dust isn’t good for batteries – and charged.

In 1970, the Soviet Union sent the robotic rover Lunokhod 1, which was remotely operated from Earth, to explore and photograph the lunar landscape. This was followed in 1973 by the highly successful Lunokhod 2 rover, which had a number of scientific instruments on board.

Lunokhod 2 operated for four months, returning 80,000 images from still and television cameras before crashing into a crater. Lunokhod 2 holds the distance record for trips on the moon, having traveled almost 40 kilometers on its eight wheels.

The American fleet of three Lunar Roving Vehicles, popularly known as lunar buggies, were carried by Apollo 15, 16 and 17 to give the astronauts a longer range for exploration. The battery-powered vehicles carried two astronauts and their gear as they explored the landscape. Gene Cernan of Apollo 17 – the last man to walk on the moon – claimed the land speed record when he clocked 18.0 km/h.

Chinese robotic rovers Yutu 1 and Yutu 2 — named after Jade Rabbit — landed on the moon in 2013 and 2018, respectively. Their high-resolution images and readings from their ground-penetrating radar have given scientists more insight into the lunar surface.

In 1993, the Russian space agency Rocosmos sold the Lunokhod 2 rover to Richard Garriott, a wealthy video game developer, at a Sotheby’s auction for $68,000. “I’m now the world’s only private owner of an object on a foreign celestial body,” Garriott quipped.

Garriott flew into space as a paid “space tourist” while spending 12 days on the International Space Station. Garriott’s passion may have been inherited from his astronaut father, Owen Garrison, who flew into space twice on NASA’s Skylab and Space Shuttle.

“The moon is a convenient garbage dump.”

So, does it matter if another piece of space junk falls on the moon?

“It’s not a big deal,” said Prof Don Pollacco of the University of Warwick’s Center for Space Domain Awareness. “The moon was actually a handy shelf for things like the Apollo spacecraft. Instead of letting them float around, most of the first and second stages were tumbled into the moon.”

As several countries attempt to set up lunar bases for long-term human stays on the Moon now this decade, the wide array of debris produced by Earth on the Moon could perhaps be recycled for other uses. Meanwhile, more and more debris is piling up.

Moon goddess Chang’e and her companion Jade Rabbit could not be reached for comment.

4 Infrastructure Stocks to Buy on a Decline