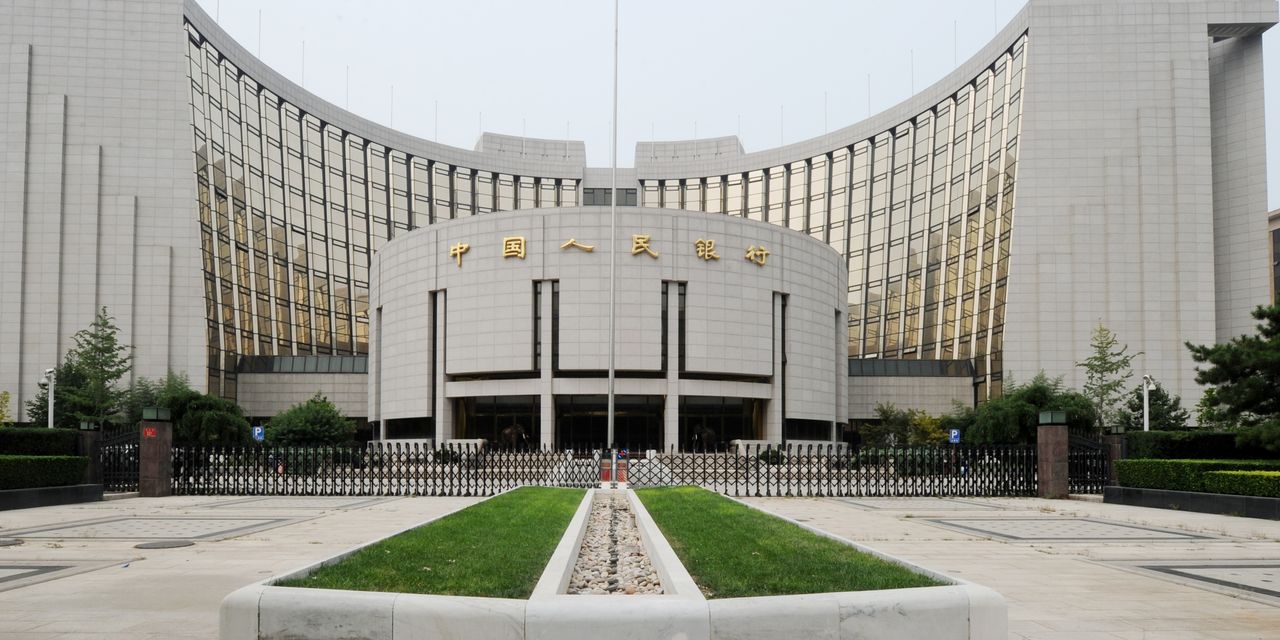 The yield on 10-year government bonds rose from 1.33% in pre-market trading to 1.37%. During this time the Dow and S&P 500 turned positive. “How the bond market trades over the coming weeks is likely to continue to be a major driver of stocks,” writes Tom Essaye, founder of Sevens Report Research.

A rising yield means investors are adjusting their inflation and economic expectations a little higher after the yield fell last week on fears of a slowdown in economic growth.

On the earnings front, analysts expect earnings growth of 64% year over year for the quarter, according to FactSet. This is an acceleration from just over 50% growth in the first quarter as the reopenings faced trillions in fiscal stimulus.

Asian stocks rose on Monday on the back of action from the Chinese central bank and a record day on Wall Street while European stocks paused.

rose 0.7% when Asian investors first had a chance to respond to news that the People’s Bank of China cut bank reserve requirements by half a point, bringing 1 trillion yuan ($ 150 billion) to the world Number two of the economies were unleashed. Japan also reported an 8% increase in core machine orders for May.

European stocks rose, but so did aerospace stocks

slip out of a report that the European Union wanted to propose a kerosene tax. The Stoxx Europe 600 gained 0.7%.

The Asian markets are lagging behind their rivals in the US and Europe this year. In 2021, the Nikkei 225 is only up 4%, the Shanghai Composite is up 2% and the Hang Seng is up 1%. The

(Ticker: SPCE) The stock fell 14.7% after the company successfully completed its first space tourism flight over the weekend.

(IVZ) shares gained 1.6% after being upgraded from Neutral to Buy on Citigroup.

(CAKE) shares rose 3.2% after being upgraded to Outperform by Market Perform at Raymond James.

(EAT) stock gained 2.9% after being upgraded to Outperform by Market Perform at Raymond James.

(RKT) stock fell 4.7% after being downgraded to hold by Buy at Jefferies.

Write to Jacob Sonenshine at jacob.sonenshine@barrons.com