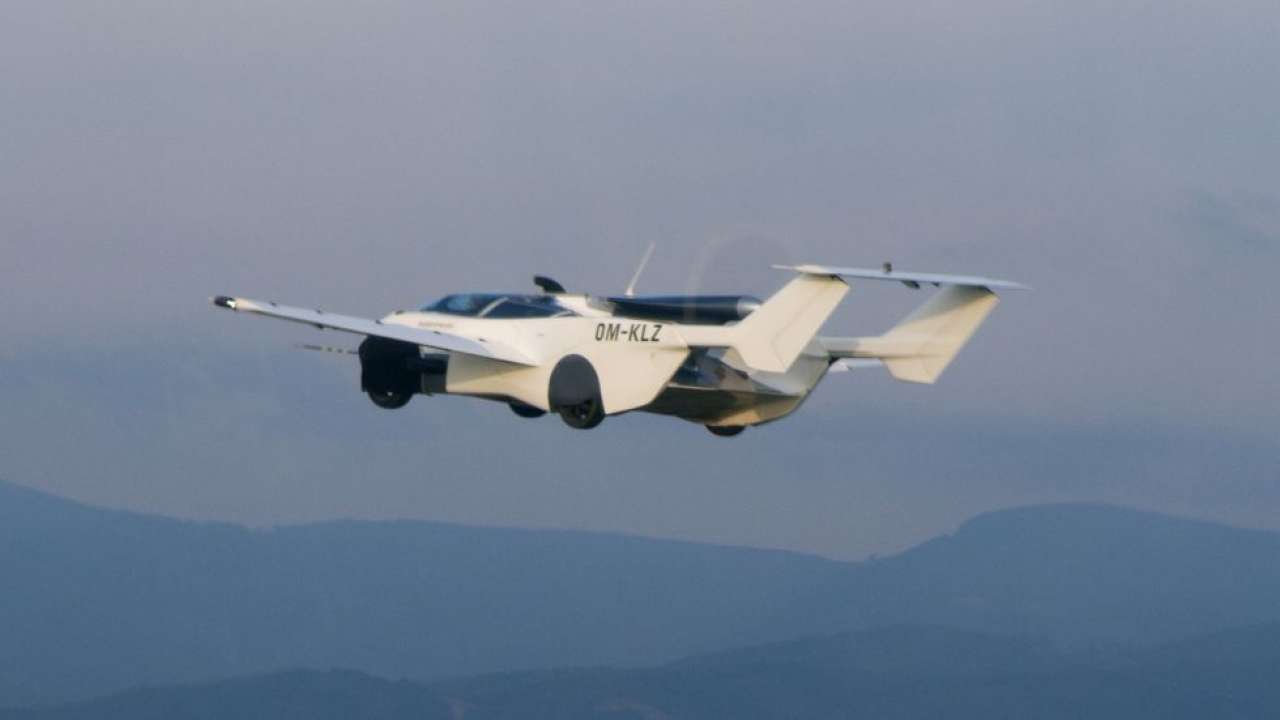 
Flying cars always seemed like a dream that would never come true due to the complexity of building them. However, Klein Vision Aircar brought our dream to life and launched its first Flying Aircar. This car has successfully completed an overland flight.

The Klein Vision Aircar completed a 35-minute flight between Nitra Airport and Bratislava International Airport in Slovakia. It only took 3 minutes to convert from an airplane to a car and vice versa. The inventor of this great creation is Professor Stefan Klein who said that this vehicle will be the beginning of a new generation of dual vehicles.

The Aircar Prototype 1 was used on this cross-country flight. It is equipped with a 160 hp BMW engine along with a fixed pitch propeller. It also has a ballistic parachute.

So far, this revolutionary aircar has completed a total of forty hours of test flight. It has reached a maximum altitude of 8,200 feet and a top speed of 190 km / h.

Another model, the Aircar Prototype 2, will go into production shortly. It will have a more powerful engine, a 296 hp engine and a controllable pitch propeller that will allow a range of a thousand kilometers at a top speed of 300 km / h. Klien Vision also plans to build family aircars with three to four seats and two-engine aircars.

Several growing companies are working to develop flying cars, but this could take years as these cars have to fly in crowded airspace near drones and other aircraft and are exposed to several other harsh circumstances. These companies include Uber and Hyundai, who are currently developing electric air taxis.

The Klein Vision Aircar is the first of its kind, but it will certainly not be the last. This spectacular creation is being expanded to include a few more functions to make it even more versatile and faster. In all honesty, we can’t wait to have our personal flying car and travel around the world with it.